4. How to reduce climate change and why now?

Studies suggest that if greenhouse gas concentrations were stabilized at their current level, existing concentrations would commit the world to at least an additional 0.6°C (1.1°F) of warming over this century, relative to the last few decades. Most scientists agree that the consequences of only a small increase in temperature will have a dramatic negative impact on life as we currently know it. It is generally accepted that an increase of more than 2°C (3.6°F) in global temperature over a minimum period of 30 years, will cause serious climate disruptions and environmental problems. That’s why it’s important to try as soon as possible to reduce climate change.

If the temperature continues to rise, it will accelerate the melting of our icecaps, which has disastrous consequences. Currently, the Antarctic ice sheet covers 8.3% of earth’s land mass. It is by far the largest store of freshwater in the world. The past 40 years the speed at what rate this ice sheet is melting has increased with 280%. Research from the Swiss University of Bern suggests that a global temperature increase of 2°C can result in a three meter rise of sea level. In the worst case, if all the Antarctic ice would melt, it will cause sea level worldwide to rise with 58.3 meters above the current level! This calculation is extreme, but then it doesn’t even include the melting of the Arctic and glaciers around the world. To keep the temperature increase below 2°C (3.6°F) or even below 1.5°C (2.7°F) it is important that the concentration of greenhouse gasses in the air doesn’t get over 450 ppm. In April 2020 the daily amount of CO2 in the atmosphere already reached 416 ppm! This might be the highest concentration since more than 14 million years ago! Each increase of 1 ppm CO2 in the atmosphere corresponds roughly to a total increase of 7.81 gigatonne of carbon dioxide extra in the atmosphere. If we look globally and year-round, the main carbon dioxide concentration in the atmosphere is currently rising at a rate of approximately 2 ppm/year and accelerating. This increase is dangerous for the delicate balance of earth’s climate circle and consequently also for our life cycle.

Atmospheric CO2 levels are expressed in parts/ mole per million by volume (ppm). One mole of CO2 per million moles of gas. A mole, no not the animal, is 602,000,000,000,000,000,000,000 molecules. (A molecule is a group of atoms bonded together that represents the smallest unit of a chemical compound or element). Scientists use the unit mole as a way of comparing amounts of different things. There are about 5,130,000,000,000,000,000,000 grams of air in the atmosphere. To convert from ppm to gigatonne of carbon, the conversion tables of the Carbon Dioxide Information Analysis Center advise that 1 part per million of atmospheric CO2 is equivalent to 2.13 Gigatonnes Carbon. If we use a value of 5.13 ×1018 kg for the mass of the dry atmosphere (excluding water vapor), and take into account that the average molecular weight of air equals 29.0 g/mole and the atomic weight of carbon 12.0 g/mole, then 1 ppm of CO2 corresponds to 2.13 Gt (billion metric ton) of carbon.

Watch out: in the news and in reports you may see emissions expressed either as tons of carbon (GtO) or as tons of carbon dioxide (GtO2). The latter is 3.67 times heavier than the former, although the same number of CO2 molecules is involved!

4.1 The Kyoto Protocol and the Paris Agreement 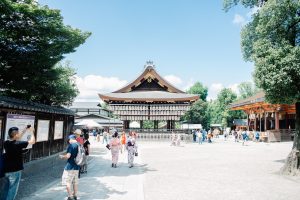 The Kyoto Protocol was the first international agreement about climate change, linked to the United Nations Framework Convention. By signing this agreement its international parties committed themselves to binding emission reduction targets. It acknowledged that developed countries are principally responsible for the current high levels of greenhouse gas emissions in the atmosphere as a result of more than 150 years of industrial activity. For this reason, the Protocol places a heavier burden on developed nations under the principle of “common but differentiated responsibilities.” The Kyoto Protocol was adopted in Kyoto, Japan, on 11 December 1997 and came into effect on 16 February 2005, after finally all major countries had signed it. The detailed rules for the implementation of the Protocol were adopted at COP 7 (the 7th Conference of the Parties) in Marrakesh, Morocco, in 2001. These are referred to as the “Marrakesh Accords.” Its first commitment period started in 2008 and ended already in 2012.

In 2015 the Kyoto Protocol was followed by the Paris Agreement. This was another historic step in global efforts to combat climate change. This time countries agreed to take action to hold global mean temperature increase well below 2 °C above pre-industrial levels and pursue efforts to limit warming to 1.5 °C before 2100. Since each ton of carbon dioxide emitted into the atmosphere adds extra warming lasting over a hundred years, a temperature limit translates into a finite budget for the amount of carbon dioxide that can still be emitted into the atmosphere. Therefore, the temperature targets from the Paris Agreement need to be translated to various other quantities. These quantities include the acceptable stabilization levels of atmospheric greenhouse gas concentrations and the related maximum emission budgets of cumulated future greenhouse gas emissions. 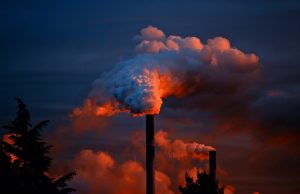 The first step to slow down climate change is to establish the maximal amount of greenhouse gas our atmosphere can contain before it causes serious disruption of the solar reflection. This amount is called the ‘Carbon Budget’ although it actually includes all greenhouse gases.

The Fifth Assessment Report of the International Panel on Climate Change (IPCC) quantifies the global maximum CO2 the world can still emit and still have a likely chance of keeping global average temperature rise below 2°C above pre-industrial temperatures. The pre-industrial period is denned as the period between 1861 and 1880 in this period the average temperature on earth was 13.7°C (56.7 °F). Currently the average temperature in earth’s atmosphere is 14.5 °C (58 °F). IPCC has calculated that there is more than a 66% probability to keep the global temperature on earth below 15.7°C (60.26 °F) if the cumulative amount of carbon in our atmosphere does not exceed 1 trillion ton. Note, one trillion to of carbon corresponds to 3,667 trillion ton of CO2, this is 3,667,000,000,000 metric ton!

Studies from the IPCC show that by the end of 2014 our atmosphere already contained 2050 gigatonne of CO2. With a budget approach of only CO2 this would indicate that the maximal amount of additional CO2 that can be released into our atmosphere is 3667-2050= 1610 GtCO2. According to this calculation and with our current CO2 emission rate of about 36 GtCO2 a year, we now (2020) only have 38 years left before we reach our total CO2 budget! However, this prediction still contains many variables. The prediction doesn’t take into account earth’s current ability to absorb more CO2 than it naturally releases. But it also doesn’t take into account the effects of other greenhouse gases and humanities destruction of natural CO2 sinks.