10. The tourist industry as an economic development tool

An industry is categorized as a major industry based on factors such as its contribution to the country’s gross domestic product (GDP), the percentage of the country’s population it employs, and its gross business receipts. A country’s economy is broadly divided into three major sectors. These are the primary sector, which transforms natural resources into primary products ( the major industries in this sector are agriculture, fishing, forestry, and mining ) while the secondary sector creates finished products that are used by the end consumer. Among the major industries in this sector are energy plants, automobile, chemical, textile and the consumer electronics industry. The tertiary sector does not produce products, rather it delivers intangible goods. The sector involves the retail of manufactured goods but is also called the services sector. It provides services to businesses as well as final consumers. Most economies follow a developmental progression. As a country moves from an underdeveloped to a sub-developed and finally to a developed stage, the sector that engages the largest percentage of its population moves from the primary to the secondary and then the tertiary sector. Thus, with development, an economy’s reliance shifts away from industries like agriculture and mining, towards manufacturing and services.

Tourism is part of this tertiary sector. In the twentieth century the service sector has grown due to improved labor productivity and higher disposable income. More disposable income enables more spending on luxury service items. This includes eating out in restaurants, sleeping in hotels, and traveling. Although tourism mainly belongs to the tertiary development sector, it also influences the first two sectors. This makes tourism a very important economical tool for environmental advantages. With tourism a country’s economy is less dependent on its natural resources. Tourism can fight poverty around the world while using fewer natural resources. 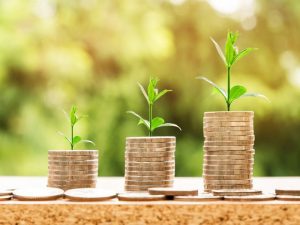 The most important economic feature of activities related to the tourism sector is that it contributes to three high priority goals of developing countries: the generation of income, employment, and foreign-exchange earnings. In this aspect tourism can play an important role as a driving force of economic development. Given the complexity of tourist-related consumption, its economic impact is felt widely in other production sectors. In each sector, it has the ability to contribute toward achieving the aims of accelerated development.

The tourism sector, particularly hotels, can play an important role in attracting foreign investment and providing training for local people. Many tourism ventures include foreign equity participation and technical knowledge about the construction and operation of hotels. The former represents a mobilization of international financial resources, which can be regarded as a desirable substitute for foreign loans. If done well, outside management can be used to train large numbers of local people. Furthermore, tourism provides a stimulus for the development of other ancillary businesses catering to tourists, including taxis, grocery shops, cleaning companies, etc.

Tourism compares favorably with other economic activities as a generator of employment and income, both directly and diffused through the economy. The Income Distribution Effect (IDE) also offers one of the strongest socioeconomic arguments in favor of tourism-related development. It describes how income generated by the sector is distributed. The analysis can be undertaken at a geographical and at a functional level. At the geographical level, tourists prefer to travel in regions with little industrial development. They also tend to gravitate toward areas of little agricultural value. For these reasons, tourism can become a dynamic force in regional economies, preventing people to move from the countryside into the city slums. Within a country, tourism demand originates in urban concentrations where the highest incomes are found. A percentage of such incomes is normally set aside for tourism in areas that are geographically different from the visitors’ home base, reinforcing the process of internal income redistribution. Internationally, a portion of the tourism consumption by developed countries occurs in developing countries, favoring the process of international income redistribution. At the functional level, the income generated tends to favor employment. This is estimated to contribute more to the total value-added of the industry than other factors do because much of tourism involves personal services. As estimated by the United Nations World Tourist Organization, worldwide tourism, directly and indirectly, supports at least 319 million jobs. These jobs include hotel managers and staff, taxi drivers, pilots, tour operators, restaurant owners, and shop attendants, among others. Secondary employment is generated in agriculture, industry, handicrafts, and services. 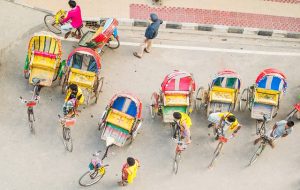 For several developing countries tourism has become the most important economic activity, especially as the major earner of foreign exchange. Recent (April 2020) research from Esta shows that worldwide the economy of Bangladesh depends the most on tourism, with as many as 944 jobs depending on every 100 tourists visiting the country! Other countries in the list include India (172 jobs per 100 tourists), Ethiopia (99 jobs, 100 tourists), the Philippines (83 jobs, 100 tourists), amongst others. This dependency is in part the result of the declining importance of sugar, bananas, bauxite, and oil as engines of growth. It is also a reflection of the increasing importance given to recreation and leisure as a result of rising world income levels. Besides, unlike many goods and services, tourism has no exact substitutes, meaning that the demand for holidays will grow rather than be traded for something else.

So tourism is important for the economy and a stable good economy is good for the environment. The United Nations suggests:

“Sustainable tourism, including ecotourism, represents an important driver of sustainable economic growth and decent job creation, that it can have a positive impact on income generation and education, and thus on the fight against poverty and hunger.”

This idea has been widely used by tourism-promoting organizations that call for “tourism to be integrated into all development and poverty reduction strategies” and for the “recognition of the interrelationship of aviation and tourism as well as the need to increase air service access to poor countries”.

However according to the study from Peeters and colleagues from the Technical University of Delft in The Netherlands (see the beginning of part II of this book), the current contribution of tourism to poverty alleviation is minimal. It also can’t grow substantially based on west-south tourism travel. As an example they state that to double the income of all the 2.7 billion poor people in the world would require sixty times the current air transport volume. This would cause humanity’s CO2 emissions to triple. The key problem from Peeters research is that it is based on current tourism activity. What if we make tourism more sustainable, improve its positive impact and decrease its negative impact?

Instead of only focusing on the economics from tourism and continue investing in tourist attractions that provide a quick revenue, we have to plan for a slower, more sustainable growth. Investing in a new hotel or even nature and cultural tourism will create a greater need to improve access to the facility, or attraction site. New development should not cause major disturbance of the environment, sensitive habitat, community or historic area. For this reason it is important to investigate how many tourists a destination can receive without causing too much damage. This damage includes, but isn’t limited to, permanent changes in the environment, waste problems, exhaustion of natural resources, cultural damage, social damage and the carbon footprint from emitted greenhouse gases.

10.3 Elements of supply and demand 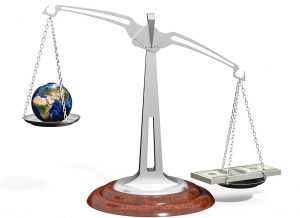 Three primary factors influence the level of demand for nature and cultural tourism: overall tourism growth, the growth in specialty travel, and increasing awareness of, and concern for, the environment. Each of these factors is in turn influenced by several elements. Overall tourism, for instance, is expected to continue to grow more rapidly (after the Covid-19 pandemic) than world economic output. This is a result of factors such as population growth, rising incomes and employment, shorter work weeks in many parts of the world, and the increasing integration of the world’s economies and societies. The rapid growth of specialty travel is fueled by some of the same factors, but there are also a number of additional explanations: the boom in outdoor recreation and the new interest in health and fitness travel, for example. Environmentalism is another of the elements that have changed people’s attitudes about how they should spend their vacations. The changing attitude among tourists is a positive trend that needs to be encouraged, but with caution. It is important to maintain a healthy balance between the demand from tourism and the maximum supply a destination has to offer. This healthy balance can only be created and maintained with good cooperation between a destination, the tourist industry and tourists. Sustainable community tourism is a good example.