7.1 The greenhouse gas emission of tourism in perspective

Even though the tourist industry is massive and widely spread over other industries, it is estimated that in 2019 it only contributed to around 8% of all global greenhouse gas emission. Although this number is expected to grow, I’d like to offer some perspective. Take the dirty secrets from the fashion industry. Its estimated global Gross Domestic Product (GDP) market value is 2% (compared to 10.4% from tourism) but the fashion industry contributes to 10% of all humanity’s carbon emission! A study published in Business Insider in 2019 even shows that the fashion industry is the second-largest consumer (after agriculture) of the world’s freshwater supply. It pollutes the oceans with microplastics and on top, there is the huge contamination from landfills and the burning of fashion products that couldn’t be sold. 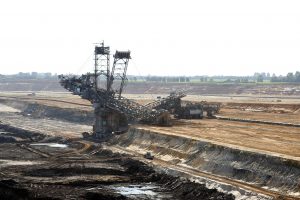 And what do you think about your smartphone. Already 3.5 billion people have one. And some people even more than one. The average smartphone contains small amounts of copper, aluminum, gold, silver, platinum, and palladium. Mining these metals from ore can be arduous; it takes a ton of ore to get 1g of gold. But that isn’t all. Rare earth elements can be found in everything from the glass display to magnets in speakers. Despite the name, rare earth elements often aren’t that scarce; they can be found in the earth’s crust but are difficult to mine. Such elements can include yttrium and gadolinium in the display; neodymium which is often used in headphones or speakers and microphones; lanthanum to improve the tiny lens in the camera; and praseodymium, also for headphones. Then you have to look at the battery that powers it. Smartphones predominantly have lithium-ion batteries, which require lithium. Extracted from salt lakes, much of it comes from the so-called “lithium triangle” that includes Bolivia (the touristic Salar de Uyuni), Chile, and Argentina. We don’t need new clothes and smartphones each year. So what if we buy fewer clothes and smartphones, but instead travel more and more sustainable? Could that lower our overall carbon footprint from mining, production processes and (domestic) use of electricity and gas?? Let’s have a closer look at some of the impacts of tourism.

7.2 To travel or not to travel, that is the question

Even if all international tourism would stop, the decrease in carbon footprint might be much lower than most people think. As said before, on a global scale tourism accounts for around 8% of the total CO2 emission. According to a United Nations World Travel Organization report presented in December 2019 only tourism-related transport accounted for 5% of this 8% in total. So 5% of all human greenhouse gas emission is caused by tourists who travel for pleasure from A to B. This includes traveling by car, bus, train, boat and plane. 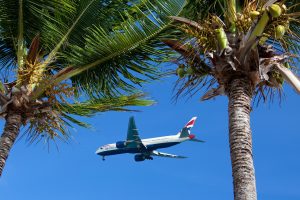 The Covid-19 crisis provided additional important information. Very recent research from Nature and Flighttrader24 shows that in April 2020, in the midst of the Covid-19 crisis, the daily global CO2 emission was down with 17%! Emissions from surface transport, power and industry were the most affected sectors in absolute values, accounting for 86% of this total reduction in global emissions. The same research shows that only 10% from the global decrease in CO2 could be contributed to a decrease in flying. Globally flight activity in this period was down between 50 to 60%. So a more than 50% decline of total flights only caused a total CO2 emission decrease of 1.7%. This means that according to these number, if we would completely stop with flying (100%) it would reduce global CO2 emission with no more than 3.4%. There is no exact data about the percentage of how many people in a plane fly for business, or pleasure. But with virtually no international tourism activity in April 2020, it is safe to assume that a big part of the decline in flight activity was caused by the absence of tourism. This shows that even if we would stop all leisure flight around the world, the global decrease in CO2 emission wouldn’t differ much from only 1.7%. Is this decline really enough to accept the negative side effects of having no international tourism? And then we’re not even considering all the improvement that the flight industry keeps developing to make flying more sustainable. 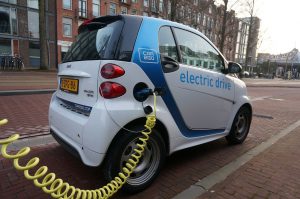 The systemic issue that works against the many measures suggested for reducing greenhouse gas emissions is the so-called Rebound Effect. When an action is carried out that is intended to save energy, it will often result in saving money as well. For example, when purchasing a car that is more fuel-efficient than the average car on the market one can calculate the amount of fuel saved, and hence by how much one will expect to reduce his carbon footprint. As less fuel is used for normal journeys, less money is spent on fuel. The saved money might be spent on driving further, which will result in more carbon emissions. This is called the direct rebound effect.

Alternatively, the money saved might be spent on something entirely different from motor vehicle fuel, such as buying new clothes or taking a vacation. This will give rise to more emissions, and this is known as the indirect rebound effect. Alternatively, one might decide, rather than to spend the money, to save it, and therefore one puts it on deposit in a bank. The bank, however, then invests the money, and this investment, in turn, can give raise to carbon emissions as well. This is another example of the indirect rebound effect. 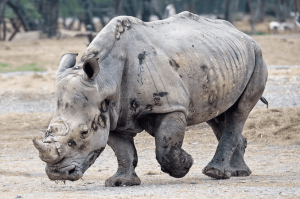 Less flying and travel for leisure can also generate negative rebound effects (backfire). The research from Nature in chapter 7.2 showed that the CO2 emission from residential activity slightly increased with 2.8%. Besides the relatively low decrease in emission rate, if we would stop flying there will be negative side effects. Less international tourism would deprive many developing countries of the economic and environmental benefits of tourism. Global reports from April and May 2020 show a strong increase in poaching, deforestation, and illegal mining in the (tropical) forests around the world. This is partly due to a lack of control, but also because of the local economic situations. When the world economy goes down, this often first affects the livelihood of the poor. Poaching, logging, farming, and mining offer them a way to make a living, or simply just to survive.

7.4 The plane is taking off anyway

Although a world with almost no leisure travel only saw a decrease of 1.7% in CO2 emissions from flying, there is no way to deny that flying causes one of the biggest/ quickest carbon footprints per person per hour. A generally accepted carbon footprint from a long-distance flight is as much as 0.25 metric tons CO2 per hour. With this calculation an eight-hour flight will already cost you 2 tons of CO2. According to some calculations and popular belief, each human’s annual carbon footprint shouldn’t be more than 2 tons of CO2. However, as the information earlier in this book and later on will show, these numbers are not realistic.

How else do flight emissions vary? Other things that are often not considered in the carbon footprint calculators are where the passenger sits, or whether they are taking a long-haul flight or a shorter one. For long haul flights, carbon emissions per passenger per kilometer traveled are about three times higher between Economy class and Business class and four times higher for First class, according to the Department for Business, Energy, and Industrial Strategy (BEIS). This is because there’s more space per seat, so each person accounts for a larger amount of the whole plane’s pollution.

Taking off uses more fuel than cruising. For shorter flights, this accounts for a larger proportion of the journey. This means lower emissions for direct flights than multi-leg trips. Additional, newer planes can be more efficient and some airlines and routes are better at filling seats than others. One analysis found wide variation between per passenger emissions for different airlines. The increased warming effect that other, non-CO2, emissions, such as nitrogen oxides, provoke when they are released at high altitudes can also make a significant difference to emissions calculations. “The climate effect of non-CO2 emissions from aviation is a lot bigger than the equivalent from other modes of transport, as these non-CO2 greenhouse gases formed at higher altitudes persist for longer than at the surface and also have a stronger warming potential,” according to Eloise Marais, from the Atmospheric Composition Group, at the University of Leicester. But there is scientific uncertainty about how this effect should be represented in calculators. So far the effects are increased with 100% for flights at a high altitude. 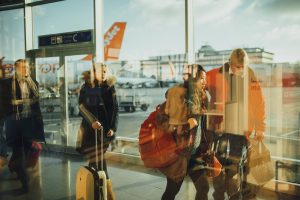 There are several complexities in allocating responsibility for aviation greenhouse gas emissions. One is the variation in passenger occupancy rates of aircraft, with some fully laden with charter passengers, and others flying with less than half the seats occupied (which applies more to scheduled flights). To those who are flying in a partly empty aircraft should perhaps apply a higher rate of CO2 emissions? These points are related to the fallacy of “the plane is taking off anyway”. Some people argue that if a plane is flying anyway, it makes no difference to the CO2 released whether or not they are on it (since their added weight is insignificant). And so (they argue) they will continue flying and make no effort to cut back. This doesn’t take into account the fact that the decision made by an airline to start up flights on a particular route and to continue them (and to increase or decrease their frequency) depends upon the revenues received by the airline. So it is not the traveling on the aircraft that causes the CO2 emissions, but buying a ticket which encourages the airline to persist with the route and so release greenhouse gases. The more money someone pays the airline, the more likely it is to continue or even increase its flights on a particular route. A consequence of this line of argument is that those buying high-priced peak tickets are more responsible for the planes flying than those buying cheap off-peak seats. This effect can be at least a factor of 10 since seat prices can vary by this much. Carbon calculators could perhaps incorporate this but the practical difficulties would be hard to overcome.

People who find it hard to cut back on flying can decide to invest in so-called carbon emission schemes. These schemes calculate the predicted CO2 emission of a flight and then allow passengers to pay a related amount of money to invest in re-capturing this amount of CO2. More about these schemes in chapter 15.4. A negative side effect of the ability to pay for carbon compensation is that people pay for peace of mind. Without actually feeling responsible for the environmental impact of their flight, people will feel less encouraged to reduce their flying habits. Even at global political levels, you can see a negative effect of buying off your carbon footprint. An article from the European Environment Agency shows that the EU is proud of its CO2 reduction in 2018. Another report in Scientific American shows that global CO2 emission in 2018 actually still increased. Thanks to the Emission Trading Scheme the EU can be proud of itself, because this scheme (or is it scam?) allows (rich) countries to continue to emit more CO2 gasses, as long as they pay for this to the (poor) countries who emit less CO2 gases than they’re ‘allowed’ to emit…