3. What is climate change?

Our climate is a statistical description of the state of earth’s climate system. This climate system depends on the interaction between the oceans, ice sheets, and other land surfaces together with the weather. In this, the weather is the state of our atmosphere—its temperature, humidity, wind, rainfall, and so on—over hours to weeks. Climate change is a change in the statistical properties of this climate system that persists for several decades or longer—usually at least 30 years. These statistical properties include averages, variability, and extremes.

Earth’s climate is determined by the amount of energy it receives from the sun and its interaction with earth and its atmosphere. How much solar energy earth receives depends on the conditions of the sun and the distance between the sun and the earth. In the process between receiving and returning the solar energy it interacts with the whole climate system—atmosphere, oceans, land surfaces, and ice sheets. In a healthy climate system most of this solar energy is returned to space as infrared (heat) radiation. The difference between insolation (sunlight) absorbed by the earth and energy radiated back to space is also called climate forcing, or radiative forcing. The flow of radiation between the sun, the earth, and its atmosphere is very important in determining earth’s climate. Changes in our climate depend highly on the interaction with the sun, earth and its atmosphere.

I. What is the atmosphere?

The atmosphere of Earth is the layer of gases that surrounds the planet. It’s retained by Earth’s gravity and is commonly known as air. By volume, dry air contains 78.09% nitrogen, 20.95% oxygen, 0.93% argon, 0.04% carbon dioxide, and small amounts of other gases. Air also contains a variable amount of water vapor, on average around 1% at sea level, and 0.4% over the entire atmosphere.
The atmosphere protects life on Earth by creating pressure allowing for liquid water to exist on the Earth’s surface, absorbing ultraviolet solar radiation, warming the surface through heat retention (greenhouse effect), and reducing temperature extremes between day and night. 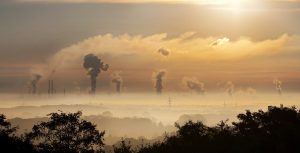 Our climate is determined by many factors that influence flows of energy through the earth’s climate system. Climate change can be provoked by natural processes, such as changes in the sun’s radiation, huge volcanoes, or even just internal variability in the climate system like growing seasons. However human influences such as land use and changes in the composition of the atmosphere through the emission of additional greenhouse gases also have their influence on earth’s climate. Most scientists around the world agree that since the industrial revolution humans have contributed in a negative way to our planet’s climate system. They predict that if we continue to do so, life on earth as we know will change drastically. Ice sheets will melt, oceans will rise, rainforest disappears, deserts will grow in extension and it will be more difficult to provide everyone with enough food and drinking water. The question is: “Are we still able to prevent this doom scenario and how does tourism fit in?” 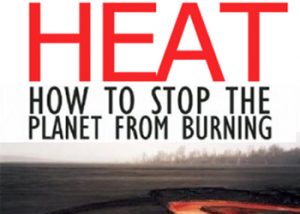 The best book I’ve read so far about climate change was Heat from George Monbiot. Mr. Monbiot put a lot of effort into describing myths and facts about possible solutions to slow down climate change. However, he wasn’t able to find a feasible solution for contamination caused by flying. One of the few and surely the most detailed thesis I found about the relationship between tourism and climate change is from Mr. Peeters. He works for the Delft University of Technology and wrote his thesis in 2017. This impressive thesis (I recommend reading) was the result of an ongoing study for the United Nations World Tourism Organization. In 2007 Mr. Peeters and colleagues were asked by the United Nations World Tourism Organization to investigate the relationship between tourism and climate change. To be able to do so Peeters and colleagues developed the Global Tourism and Transport Model. Since 2007 Peeters kept improving his model and continued gaining more knowledge about the relationship between tourism and our climate. His accumulated knowledge resulted in 2017 in the thesis. According to Peeters climatically sustainable development of tourism is nearly impossible to achieve as long as it includes long and medium-haul air travel. The main reason for this is the predicted combination of the increase in the number of flights together with the growth of transport volume. According to his study, it is clear that a ‘business-as-usual’ development of tourism volume will render the 2015 Paris Agreement goals unattainable, even if all other sectors mitigate their emissions to zero before 2070.

No matter how we look at it, Mr. Monbiot, Mr. Peeters, and many other scientists are right. The carbon footprint we produce while flying is not good for the environment. Still, there can also be indirect advantages to flying and tourism as a whole. Even though flying is bad for the environment and tourism currently (right before the Covid-19 pandemic) it causes about 8% of the total CO2 emission. It might be worse if we don’t fly at all! In 2018 the tourist industry generated a minimum of 10.4% of all global economic activity, making it the third biggest industry in the world after manufacturing and service. What will happen with the world economy when tourism goes down? The Covid-19 pandemic provides already some insight, although no-one knows yet how far these effects will reach.

While researching for this book, I learned that the relationship between tourism and climate change is a complicated one. I also learned that there are many, many different numbers, calculations, and studies about climate change related to traveling and tourism. On their own, most of them seem to make sense. But when you start comparing all the different study results it is hard to understand what is really happening and what might happen, or not. The overall fact is that human behavior currently contributes to changes in the planet’s climate cycles, hence Climate Change. How much we contribute to climate change and how we can reduce this, is and will be a topic of discussion for many years to come.